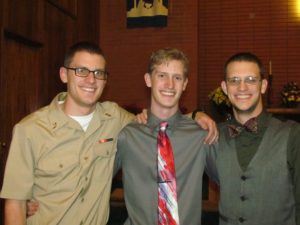 Pastor Brooks enjoys many outdoor activities such as yardwork, hunting, fishing, camping and will even dust off the golf clubs now and again.  Janet loves to get outdoors to hike and camp as well as care for her home.  Her other hobbies include sewing and needlework.

“Janet and I are grateful for the opportunity to serve God here in Caldwell.  We find great joy in being in this community and sharing the incredible message of Christ’s love in such a wonderful setting.  If you are ever in Caldwell, please worship with us.  We would love to meet you and begin a relationship that, by God’s grace, will extend into eternity.”